The Indian version of PUBG, Battlegrounds Mobile, has been taken down.

Why BGMI got Banned 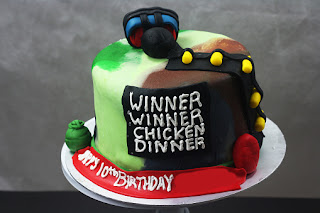 WHAT GOT HAPPENED ACTUALLY??
According to sources who spoke to ET, the government decided to outlaw the popular battle royale game BattleGrounds Mobile India (BGMI) because to worries that Indians' data was being collected and sent abroad.
The IT Act's Section 69A was used to disable the app, they continued.
As part of broader restrictions on over 200 Chinese applications, including well-known short-video app TikTok, the government banned PUBG Mobile in 2020. In response, South Korean game company Krafton Inc. developed BGMI expressly for the Indian market and released it here.
Concerns regarding BGMI transferring data to servers in China were voiced shortly after the app's release last year. According to Krafton's statement at the time, this did not violate company policy on privacy.
Battlegrounds Mobile India employs third-party solutions, just like other international mobile games and applications do, to offer special gaming features. Some game data was exchanged with third parties while using these solutions, it had been stated back then.
Tencent owns stock in Krafton, and the latest ban was implemented due to worries about national security.
In order to protect the nation's sovereignty and integrity, security, friendly relations with other states, or public order, the government is permitted to impose access restrictions on any intermediaries or content under Section 69A of the IT Act.
When there was further information available about the government order, a Krafton spokeswoman stated the business will release a statement.
"Since February of this year, we have brought up the fact that BGMI and the outlawed version of PUBG are identical. Tencent was still in control of the BGMI in its'so-called new avatar,' making it no different from the game's previous incarnation, according to Abhay Mishra, president of Prahar, a non-profit organisation focused on socioeconomic development.
Prahar had written to the Ministries of Home Affairs (MHA) and Electronics and Information Technology (MeitY) requesting that BGMI be blocked under Section 69A because it was a danger to India's sovereignty, territorial integrity, national defence, security, and law and order.
Get Glacier Skin

Developer Krafton of the BGMI says he will work with the Indian government to end the ban.

After the ban on its most well-known Battle Royale game, which has over 100 million users in India, creator Krafton of Battlegrounds Mobile India (BGMI) claimed on Thursday that it is closely collaborating with the authorities in that nation.
During the business's quarterly results call, Kraft CFO Bae Dong-geun stated that the company appreciates and comprehends the Indian government's concern.
"On the basis of strict data security requirements and monitoring, we have been personally managing the service. We will work closely with the authorities to develop solutions so that consumers in India can continue to enjoy BGMI "said Dong-geun.
Some gaming businesses filed a letter to Prime Minister Narendra Modi asking for a "fair treatment" to support the development of the gaming ecosystem in the nation after the government ordered Google and Apple to ban BGMI.
"In the second quarter, we expanded the paid content offerings, provided a battle royale experience specific to BGMI, and broadened the user base through own and offline cooperation in the local market," Dong-geun added.
Krafton's revenues increased to $727.7 million in the first six months of the year, while its net income increased by $337.6 million.
Under Section 69A of the Information Technology Act of 2000, the government issued an order to Google and Apple late last month directing them to remove the BGMI gaming software from their respective online shops.
A major e-sports tournament was postponed as a result of the ban on BGMI, the Indian version of PUBG, amid claims that the decision had a "China connection."
Due to the ban last week, the second season of the Esports Premier League (ESPL) was postponed.
Scrubley on Reddit has a screenshot with the Battlegrounds on iOS app labeled as having the issue. It reads: Offline games have been disabled due to an update, which has taken mobile play to a limited area for now. We will update you as soon as we can as to when play will resume. "As soon as we can," is where Mobile Gamers had hoped for news regarding the mobile woes. As we get it and know what Mobile Gamers is facing in their devices, we'll post it here and on We're currently investigating the issue that is preventing mobile players from playing the game. We'll keep you posted! Update 2: After a bit of a hiatus, it seems that Mobile Gamers may have removed the tweet in which they mentioned a fix for the issue. Some have seen the Twitter post and think it should still be up. Unfortunately we don't have an update on the issue with the mobile games, but we'll let you know as soon as it's fixed! However, it is notable that Mobile Gamers had not acknowledged the issue until their tweet a bit later. Hello! We do not have any further updates regarding this issue, but we will let you know as soon as we can. Moral of the story, we hope that the Mobile Games team is able to fix their issues soon and Mobile Gamers can resume their usual play. Update: The Battlegrounds team has released a statement about the current issues with the game.
Here is a snippet from their statement: We're aware of a problem with a connection between Mobile, Battle Royale,
and Xbox. This means that any problems with your connection are connected to that system,
so if you experience any of the above issues while playing on your Mobile phone, you will not
be able to play Battle Royale until we release an update that fixes that problem.
We'll update you as soon as we can. Some people have reported that they are now able to play on their Mobile phone
after being stuck in their menus. The Battlegrounds team has stated that they are working
on fixes for the issues and are not actively taking down servers at this time.

6 Ways to Start a Business Without